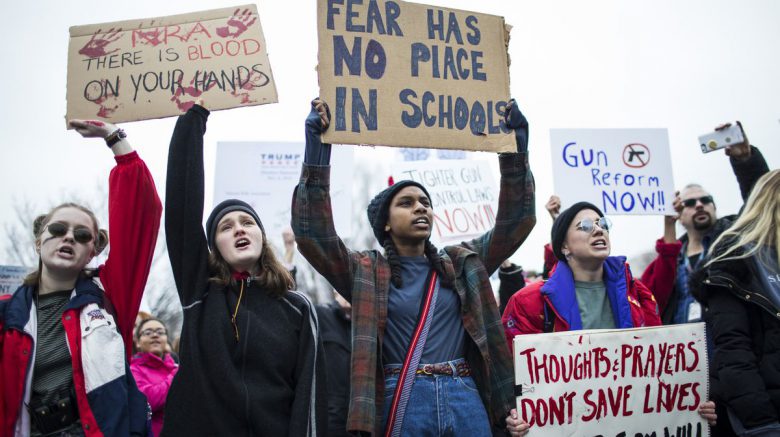 Texas, in the wake of the Odessa shooting, passed a series of new gun legislation that will actually loosen restrictions on guns. The state’s most notable change allows gun owners to carry weapons in places of worship and school parking areas.

Weaning the grip on our gun status quo, immediately following two large mass shootings, is reprehensible; this bill needs to be seriously reconsidered as it gives dangerous individuals the ability to bring weapons into safe spaces.

The Blue Club firmly believes in enacting gun legislation to halt mass shootings by cutting it at the source. Though this is not a perfect solution, alike to any other solution, it can be a temporary bandaid. While the nation addresses the greater issue of mental health at hand, prohibitive legislation will be our best option at achieving safety.

Addendum from Kash: This image is from 2018. Last year. While I was searching for images I came across quite a few images from 2017/18. This issue has continued to plague America for far too long.