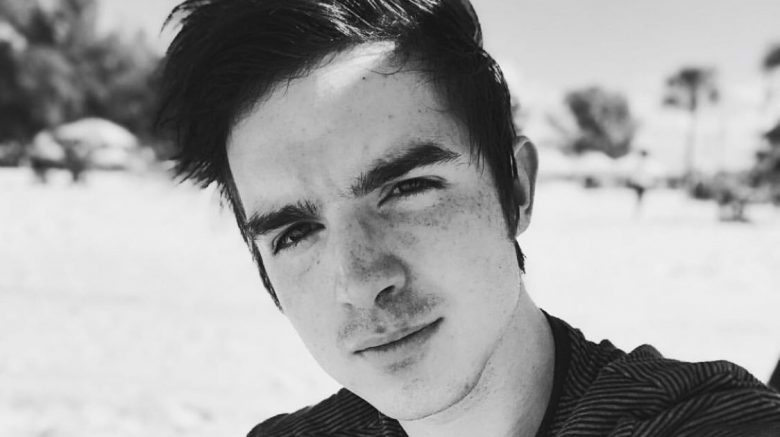 In one of the most bitterly-divided eras in modern political history, many have questioned which side they fall on and carved out their own spaces in politics.

Part of this era of great political change has been a new wave of political commentators and activists in the public eye. These new faces have created news sites, led major movements, and amassed massive followings on YouTube and Twitter, changing the political landscape forever.

Hunter Avallone is a political commentator and YouTuber who, in late 2015, started as a staunchly conservative content creator with the tagline “the guy you love to hate.”

He has since built a YouTube channel that has gained over 600K followers, a hundred million views, and a fair bit of controversy, especially after announcing in a video released this April entitled “Why I left the Right” that he is no longer a conservative.

We interviewed Hunter Avallone to hear his thoughts on his experience as a YouTuber/commentator and his transition from being a staunch conservative to a moderate who has left the right.

My name is Hunter Avallone. I am a political and social commentator. I primarily make YouTube videos and talk about politics.

What does the word “progress” mean to you?

Progress looks a lot like social change, a push for more acceptance, and a push for progress based on what the science or data tells us. We don’t want to be pushing for baseless progress, but we want to push for progress and acceptance that is reflective of what the data says. When society begins to progress I feel like the government will reflect that as well.

How would you describe yourself politically?

You started as a reasonably conservative YouTuber — what happened?

It was a long process. I started noticing more and more flaws with the right, and soon I became aware that many people on the right, especially many big-name conservatives, don’t prioritize truth. They prioritize narrative, so they’re willing to spread misinformation as long it gets the point across, which is a concept that I disagree with because I believe in basing my opinions on truth, not on an agenda that I want to be pushed. I also came to realize that what it meant to be a conservative was a lot different than what I initially thought. Conservative, to me, used to mean small government, live your life freely and do what you want to do as long as you’re not hurting anyone else, which I recognize now is more libertarian. I feel like the right now is focused on prioritizing tradition even if it’s at the cost of other people’s rights. They don’t want gay marriage and LGBT rights because it’s not “traditional.” That’s a concept I disagree with. As I immersed myself more and more in that conservative bubble, I realized that there was a difference in the fundamental beliefs between me and the right.

What’s it like getting a fair amount of flak from both the left and the right?

It’s exhausting, but it’s nothing I can’t handle. That’s kind of how I always positioned myself on YouTube — that’s why my motto is “the guy you love to hate” because from day one I took on a lot of criticism, and I had to learn how to handle that very quickly.

How did your subscribers react? Did you see a significant decline in your following?

Yeah. I always find it funny when people call me a grifter and claim that I’m doing what I do for monetary gain or to get more subscribers. Back when I was staunchly right-wing, my videos were doing very well. I was one of the top ten biggest conservative channels on the platform. So, if I wanted to be a grifter, I would’ve just kept doing that.

I’ve lost over 30,000 subscribers from leaving the right. Apparently, the right-wing — the people who preach the loudest about the marketplace of ideas — get really offended when you dare to have a single opinion that they disagree with. The right created the idea that the left will ditch or cancel you if you disagree with them, but that’s what the right also does, and I can attest to that. I was right-wing and had a lot of people supporting me, and then all of a sudden, I was losing subscribers and having big-name conservatives like Mark Dice attacking me and turning their back on me.

It was definitely a mess, but it was all worth it. I’d much rather have my channel die out and slip into irrelevance knowing that I stuck to what I believe in and wasn’t afraid to admit that some of my opinions had changed — I’d much rather go down like that than rise to the very top by preaching these conservative talking points that have been debunked repeatedly just so that I can get money or popularity. It was quite a big ordeal, and my videos are still getting significantly fewer views than they used to, but again that’s something that I was prepared for, and it’s nothing that I can’t overcome.

How do you feel about YouTubers and political commentators as a community and the relatively frequent drama or conflicts between people?

It’s part of the game. YouTube is a very cutthroat industry. Everyone is fighting to get bigger than others. The drama can get pretty annoying, especially when you get dragged into it, but that comes with the territory, and it comes with the job.

Do you think the far right is on the rise, and, if so, what can be done to stop or reverse this?

They are definitely on the rise. There was a recent State Department report that found that white supremacist terrorism is on the rise and that the attacks against minority groups are increasing since 2015. I think the way to slow that down is getting Trump out of office. Regardless of what you think about Donald Trump, there is no doubt that he is empowering these people, so I think the first step is to just vote for Joe Biden because he’s better than Donald Trump. I think that’s the start. White supremacists want to be taken seriously; they want people to be scared of them. That’s their goal. I think a way we can fight back against that is to show them how ridiculous their beliefs are. These people are threatening and they definitely can be very scary, especially to minority groups that are targeted by them, but they’re also deeply insecure. They need to be pushed into obscurity.

Can people change? Can neo-Nazis and KKK members change?

I definitely think it’s possible. There have been stories about former KKK members who denounced their views and then fought for racial equality. I’m a big believer in rehabilitation;  I think that everybody deserves a second chance. I was never a neo-Nazi or a KKK member, but there were plenty of people who saw me as this stupid reactionary and thought that I was never going to change, and I changed. I was able to evolve and change for the better. I think it will take quite a long time to change the minds of people who are so deeply entrenched in their beliefs, but it’s possible.

What do you think is the importance of this election? What’s at stake?

Donald Trump is unhinged, and if he gets elected for a second term and doesn’t need to worry about getting re-elected, then I am worried about what he will try and do because he has completely disregarded the founding principles of this country. For example, freedom of speech. Trump is probably one of the most anti-free speech presidents we’ve ever had. He has delegitimized peaceful protesters by lumping them in with this minority of rioters. He has tried to repeal libel laws so that he can try to sue the media when they give him unfavorable coverage — those are just a few things that Trump has done that really show how anti-free-speech he is. He pretends to be pro-free speech, but he’s not. He has also expressed a big desire to repeal Section 230 protections for social media programs, which people think will help tech companies stop “censoring conservatives” even when that’s not happening if you look at it on a statistical level. He’s done so many executive orders — he doesn’t go through Congress, he doesn’t respect the branches of government. I’ve seen the way Donald Trump behaves, and I would be very concerned for our country if Donald Trump got elected for a second term and didn’t have anything to lose.

What can we do to make politics better?

We could definitely work on trying to get less divided. Right now there is so much division; people see the left and the right like teams that they are rooting for or rooting against. I think that people need to reevaluate what politics looks like.

Generally speaking, most of the people who are in politics are just trying to do what they believe is best for the country. Sure, some of those people have some really bad ideas. Still, I think we could look at it that way as “hey, we’re all people trying to do what we feel is best for the country” and figure out what actually would be best for the country rather than boiling it down to Republicans good, Democrats bad or Democrats good, Republicans bad — sort of like a team, a football team-type thing. It would be a lot better if we could have civil discussions and try to find common ground.

A good example is that a lot of conservatives are against Medicare for All, yet a Medicare for All program would actually benefit a lot of conservative ideals. Conservatives are very pro-life; access to free contraceptives would reduce unplanned pregnancies and therefore reduce abortions — that’s a pro-life position in my mind. The right is big about “traditional families,” and it would be a lot easier to have a ‘traditional family” if it didn’t cost thousands of dollars to have a baby. There’s a lot of ways that “liberal” policies that conservatives are against would actually benefit their ideals. I think there’s a way to look at it where we try to bridge that gap.