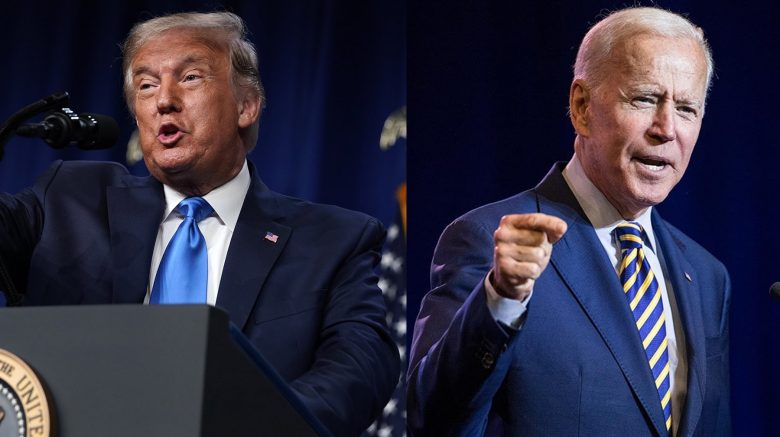 As the November 3rd election draws near, Americans are preparing for the chaotic end of one of the most intense campaign seasons in modern history. As this bitter fight between incumbent Republican President Donald Trump and former Vice President and Democrat Joe Biden comes to its end, many are left wondering about the future of America and what another four years of Trump would entail.

In the final days, I thought it sensible to make a final case against Trump, but also to accentuate the possibility of hope that Biden provides.

Perhaps the strongest argument for President Trump and his campaign has been the administration’s claim of great economic success over the past four years. In 2017, The Tax Cuts and Jobs Act was signed into law, granting major tax cuts to corporations and the wealthy while giving the middle class decent cuts with an expiration date.

Trump has continued to tout economic success, even during the last few months, in which we have seen an unemployment rate of 7.9% and a GDP that, while it increased in the third quarter, still remains in the negatives for the year.

It’s odd for a President to promote their economic success in a struggling economy in which 8 million Americans have recently slid into poverty. His administration’s counterargument to this point blames the COVID-19 pandemic, and argues that Trump is not at fault for our current economic issues.

There are a few major issues with this. Firstly, Trump had little to do with the economic success prior to 2020 — he simply continued the trend that President Obama started. The Trump Administration didn’t pass any major economic reform that contributed to the growth of the economy — which did not continue at a higher rate under Trump than under Obama with the exception of the stock market, which has been criticized as a poor measure of economic health.

Additionally, the pandemic isn’t entirely to blame for America’s struggling economy. Take the unemployment rate, which has risen 4.3% since January. UK’s unemployment rate — which was 0.1% lower than ours in January — has only risen 0.6% in the same timeframe. Since January, the unemployment rates of Switzerland, Germany, Australia, and Norway have increased by 0.6%, 1.1%, 1.3%, and 1.6% respectively. Canada is the only comparative country that has come close, with a 3.5% increase. This minimal increase in unemployment in another nations is due primarily to the usage of short-term work programs and other policy decisions that the Trump administration hasn’t even considered. Furthermore, with the Majority Leader of the Senate being a member of his party, Trump should have been pushing Senator McConnell to consider House-passed stimulus packages such as the HEROES Act. Even when Federal Reserve Chair Jerome Powell said that we need stimulus to avoid an economic disaster, the President called off negotiations, instead saying that he’ll resume talks “immediately after [he] win[s]” the election. Now, McConnell has said that Congress will move on another package in early 2021, leaving millions of Americans who desperately need help without relief for at least two months. There are clear actions that this administration could have taken to mitigate the economic impact of the pandemic, akin to those taken by our allies, that it failed to take.

Finally, arguing that the economy was thriving until now as a record of economic success simply doesn’t make sense. The President admitting that they were doing well until faced with a crisis shows that they aren’t a solid leader. Thoughtful governing involves responding to crises, not throwing up your hands and saying that it’s out of your control and that you don’t take responsibility for your failure to lead the country.

Trump has also touted his foreign policy as a major success. Frankly, it hasn’t been.

The main issue here lies in how Trump has addressed both our allies and our foes.

The President has alienated and denigrated our allies and has directly harmed our image in the world. On the flipside, he legitimized Kim Jong Un, undermined sanctions on Russia, and hurt our economy by starting a trade war against China. It’s good for the U.S. to form good relations with other nations, but if those relationships require bowing down to dictators and souring connections with our allies, it isn’t worth it.

While Trump has made a few good moves, including backing Guaido in Venezuela and the creation of the USMCA, he has made many more missteps. These include withdrawing from the Open Skies Treaty, withdrawing from the Iran Nuclear Deal, expressing support for nuclear proliferation, axing the policy that required the public disclosure of how many people are killed in drone strikes, and quadrupling drone strikes.

When faced with one of the largest protest movements in American history, the Black Lives Matter movement seeking to bring an end to police brutality and state-sanctioned violence, the President failed. Trump, instead of acknowledging America’s systemic racism, said that white people are just as harmed by law enforcement. And, in a debate watched by over 73 million people, he failed to condemn white supremacy.

Being President of a nation at a time when people are speaking out against racial injustice, sidestepping questions about racism or spreading divisive rhetoric is not good leadership. You should address the issue, explicitly condemn white supremacy and hatred, and offer solutions. For years, Trump’s supporters have said that his strongest point is that he is not a politician and speaks his mind.

But speaking your mind comes at a cost.

Maali Luqman, an author and then-graduate student at Harvard, stated in her master’s thesis examining the impact of Trump’s rhetoric on minorities, that the data shows “that Trump’s hate-inspired comments directly incited people towards violence.”

If Trump speaking his mind created increase in violence, allowed white supremacists to feel validated enough that they organized the now-infamous Unite the Right rally, and caused him to fail to address or even acknowledge concerns over racism during a time of major civil unrest because of it, maybe America doesn’t need a President who “speaks their mind.” It is the duty of our leader to work to build the nation and heal it in times of crisis, not to instead divide us further.

A Glimmer of Hope

Though Vice President Biden was not the top choice for many Americans, he offers a glimmer of hope for us all.

Biden is no stranger to economic crises. When serving as VP under Obama, the pair created and oversaw the recovery from the Great Recession — and he can do it again.

Biden’s foriegn policy will bring us back onto the world stage, rebuild our relationships with our allies and America’s global image, and will take a hardline stance against countries that threaten America and democracy.

In this era of deep division, Biden will be the exact sort of leader we need — a self-proclaimed “ally of the light” who will, instead of spreading dark and divisive rhetoric, work to heal the nation.

Ultimately, Biden is the leader we need at this moment.

Trump has failed to handle the pandemic and economic crisis, alienated our allies and bowed to our enemies, and spread dangerous rhetoric instead of addressing the concerns of Americans.

Biden knows how to handle a crisis. He’ll put the American economy on a solid track, rebuild our foreign policy, work to hold tyrants accountable, and listen to America’s concerns and heal the nation. Biden is the man we need to be our President – he is the man America desperately needs.