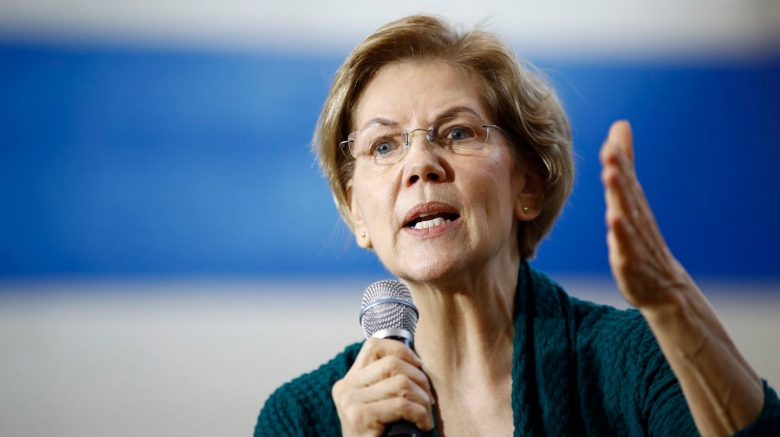 Senator Elizabeth Warren is undoubtedly the strongest candidate for President.

Warren has a very strong track record of fighting for the common man, so she can be trusted when she promises to improve ordinary people’s lives if elected President. Having been the driving force behind the creation of the Consumer Financial Protection Bureau, Warren has had a significant hand in ensuring that consumer protection and necessary regulation are considered and executed by the federal government. She launched into national headlines by arguing that people who have become wealthy in America were able to do so due in large parts to the efforts of workers, positioning herself as a champion of the working class. Since her election to Senate, Warren has been adamant about challenging big banks for their shady actions and fighting for students. If there’s one candidate in this race who has truly fought for common Americans, it is undoubtedly Elizabeth Warren.

Warren is one of the furthest left candidates remaining in this race, challenged only by Bernie Sanders. However, despite many of her policies being solidly leftist policies, she has done an excellent job of avoiding being labeled as a “radical.” Though Warren is fighting for “big structural change,” she has been careful to try avoiding alienating center-left voters. Considering the fact that 21% of Biden supporters list her as their second choice and that she has a 64% favorability rating, this seems to have been working fairly well. Warren would likely to be able to motivate progressives and centrists alike should she receive the nomination.

Despite being the first woman to be potentially elected, she is still fairly old. At 70 years of age, she is among the oldest in the crowded Democratic field. She has tried to counteract this by appealing to young people with her ‘woke’ policies and relaxed atmosphere at rallies, but her age will remain a concern when it comes to electability.

Though deeply rooted in unfair sexism and prejudice, there is still a prevalent perception that a woman cannot be President. One of the most-talked-about issues in the January 2020 Presidential Primary Debate in Des Moines was the comments made by Senator Bernie Sanders that a woman could never be President. Rather unfortunately, this is still a view that many Americans have, and one that could potentially stand in her way in the fight against Donald Trump.

Warren, if she was nominated and elected, would be a capable and inspiring President.