Home > Articles > Urban Sprawl: A brief history of the causes and effects of the expansion of our cities. 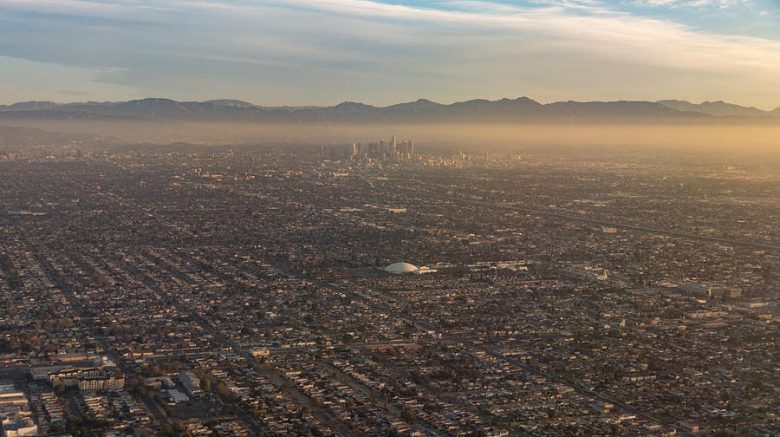 LOS ANGELES – For all it’s glitz and glamour, the city of angels isn’t as revered as its residents may believe. Along with the celebrities, weather, and unique laid-back aura, Los Angeles is perhaps more infamously known nationwide for its dreaded urban sprawl. Compared with cities such as New York, San Francisco, and Washington, which boast tight city centers and landmarks everywhere you look, Los Angeles is a drastic – and often unwelcome – change of pace. The sheer size of Los Angeles is almost jaw-dropping, the area’s many mountains offering the view of an endless smog-draped cityscape. While perhaps not the biggest in sheer numbers (ironically, both the New York and San Francisco areas boast larger sprawls), LA’s sprawl is perhaps the most sobering visual example of the present state of urban sprawl in the United States.

The term ‘urban sprawl’ first originated in the 50s by The Times, as a way to negatively describe the quickly expanding outskirts of London. For the most part, however, ‘urban sprawl’ does not have a solid definition, and it can’t be objectively applied to an area via the use of equations and measurements. However, many seem to agree that urban sprawl describes the rapid, uncontrolled, and careless expansion of urban areas. The sprawl we see today is primarily a byproduct of rapid suburban expansion that occured in the 1950s. With the unemployment rate sinking quickly, the demand for comfortable, low-density environments where city workers could raise their families was incredibly high. So, the first suburbs were developed, often in large plots of unused land orbiting major cities, and as jobs increased, so did the distance between the suburb and it’s host city. Thus, urban sprawl was born.

Another characteristic of urban sprawl is single-use development, essentially when plots of land are developed with one sole purpose. For example, new suburbs that were constructed in the 50s boom were often made to have residential, commercial, and industrial areas that were separated from each other. This led to the advent of neighborhoods, strip malls, and industrial parks. While single-use development gave significant boosts to local economies, the spaced out nature of the practice led to a much greater need for cars, leading to an increase in pollution in areas with single-use development. Through the practice of single-use development, urban sprawl was able to inspire perhaps its most significant effect on American life, a culture change that still dominates today. Easily-missable aspects of life today, such as front and back lawns, department stores, fast food, etc. were all products of urban sprawl. Despite its widespread negative connotations, this sprawl has impacted American life far more than most realize.

Unfortunately, the negativity surrounding urban sprawl is largely deserved. With its several adverse effects, mostly regarding environmental and public health issues, its reputation precedes it. Most problems stem from the significantly higher need for driving that urban sprawl demands. As suburbs moved farther and farther away from the cities, transportation methods were needed to get residents to their jobs. Public transportation was becoming less convenient as distance increased, forcing the need for large freeways that eventually dominated much of the United States. Along with the many factories that still ruled many industrial cities in the Northeast and Midwest (where the majority of the US population lived), the advent of highways, while helpful, led to a pollution nightmare that was only somewhat mitigated by the environmental movements of the 1970s. Urban sprawl poses also more conventional environmental worries. As residential communities increased, developers would often select plots of land rather carelessly. The high amounts of pollution, along with the environmental problems, also proved dangerous to public health and safety, with air quality taking a nosedive in the mid-20th century. Even today, the air quality in Los Angeles is frequently described as “potentially harmful” by the Air Quality

Finally, urban sprawl gave way to a number of societal issues. The suburban boom enabled the practice of “white flight” to take place throughout the nation, referring to the common occurrence of white residents, typically middle to upper-middle class, fleeing certain pockets of metropolitan areas that had black residences as well. The increase in urban sprawl made it much easier for white families to flee to the suburbs, and institutional problems such as redlining made it even harder for black families to take advantage of suburbs. Even today, American suburbs are predominantly white.

Urban sprawl is a significantly more common practice than most realize. As jobs increase, so does the need for housing. And while there are some calls for more ethical processes within urban sprawl, it continues to pose environmental threat. Unfortunately, this isn’t an issue that can be individually fought, as the only way to stop urban sprawl for good would be a total shutdown of the economy (how you doin, corona?). However, many new homeowners that hope to combat urban sprawl can take it upon themselves to be aware of its effects. Perhaps choosing to reside in already established communities, ones that don’t needlessly push the borders of a metropolitan area. For the most part, however, urban sprawl is here to stay, and has impacted American life beyond simple construction.