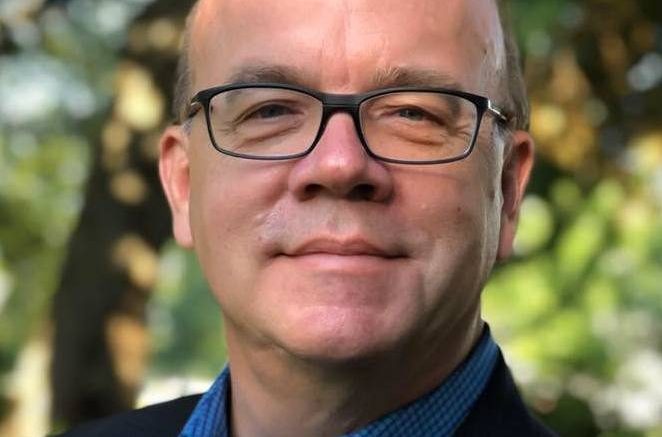 Please note that this is not part of our ongoing series on education.

Let’s get into the interview!

KJ: Our first question is one that we ask everyone we interview. What does the word “progress” mean to you?

JM: It means moving forward. It means helping people and improving the quality of life for people in this country and around the world. So, progress to me means going in the right direction.

KB: How do you think your idea of progress differs from that of others who may run for office in this area?

JM: I respect anybody who runs for office and I think that people feel strongly about issues. Even if they are issues that I disagree with, people should run. I mean, that’s what this system is all about — for people with ideas to bring them before the citizenry and ask for votes. I have been around for a little while now, and if someone asks “do you think you help contribute to progress in your district?” my response would be “Yes.” I mean, we’re in Worcester right now. Twenty years ago, the city looked very different. Union Station was a shell — falling apart — there was no commuter rail, the airport was dying (if not dead), and there was no development downtown. Most college students who went to college here would leave the city after they graduated.

Look at Union Station now — they have a commuter rail. That transportation link has resulted in all kinds of economic development in a Canal district. We have Worcester airport up and running now and more airlines keep on coming there; it is good for economic development. More businesses want to locate in a city and in a region that has access to those kinds of modes of transportation. More business development, housing development, more and more college students are staying here because they like the feel of the city. They like the culture, they like the nightlife, and they like the parks and recreation options. I feel that in Washington I fight for bills that have helped people, whether it is the Affordable Care Act which resulted in more people getting health insurance or it is work I have done in nutrition to make sure people who don’t have enough to eat don’t go hungry. I have been able to try and advocate for human rights around the world and I think we have helped save some lives as a result of our advocacy.

KB: What do you think is the biggest political issue that we need to be addressing right now?

JM: I think that quality of life issues even need to be at the top. That means that people who have a job won’t live in poverty and that they will have a decent living and that there is an opportunity for them to be able to have a good life. It means that people have access to quality healthcare without going broke. It means making sure we protect this planet from the ravages of climate crises. Some say that climate change is an abstract issue that doesn’t affect them, but it does. We see the increased rate in cancer, we see the storms that are hitting our country and around the world with increasing intensity, we see droughts, we see food shortages, and we see wars developing over water and other resources.

KJ: A lot of people don’t really know what a Congressman does, so what does your job entail?

JM: I always tell people that you have the local level, your city council and selectpersons — they worry about the immediate issues in that city or town. You have the state representatives who also worry about issues in those cities and towns as well as issues in the entire Commonwealth of Massachusetts.

Those of us at the Federal level worry about what happens in those cities and towns, what happens to the state, and what happens to our country and around the world. Our job is to come up with a federal budget that represents the priorities of the American people and supports everything from infrastructure to investments in educations and investments in medical research. We also deal with human rights, foreign policy, and issues of war and peace — things that impact the entire country and the entire world. In terms of a day-to-day job, it’s all-consuming. My days in Washington — four to five days a week — start at 7:30 AM, and it’s a good day if I end by 7:30 at night, but oftentimes the days go longer. We debate and vote. I have committee hearings, I meet with constituents, and I meet with various advocacy groups. So I spend four-five days a week in Washington, I spend two or three days a week here [in Massachusetts] at meetings, doing town halls, coffee-with-your-Congressman, and fundraisers.

KB: You mentioned at the very beginning that you always respect other people’s opinions even if you do not agree with them, which is a good segway into this: do you think that in our current political climate it is difficult to cooperate across party lines?

JM: I personally don’t have any problem with cooperating across party lines if we have common ground. I tell people all the time that you don’t have to agree on everything to agree on something, and that the thing that you agree on you ought to get done. I do know that there are some members on the other side of the aisle who don’t like them to team up with me on certain things because I don’t play well with the more conservative constituencies. I always tell them that they should tell their conservative constituents who don’t like me that I’m not asking that they vote for me, but that we must get something done. Republicans and Democrats must come together to get something done.

I got my start in politics when I was in college working for George McGovern, a big liberal Senator from South Dakota who ran for President in 1972 and lost 49 states to Richard Nixon. One of his best friends was Barry Goldwater, a big conservative Senator from Arizona who ran for President in 1964 and lost overwhelmingly to LBJ. McGovern and Goldwater were good friends. I used to ask McGovern “why do you hang around with Barry Goldwater? He is a super hawk when it comes to military spending and you are a super dove when it comes to military spending. What do you have in common?”

McGovern said “look, Barry is a good guy. I mean, he is a patriot — he loves this country, and that’s why he ran United States Senate. Do I agree with him on increasing the military budget? No, and he doesn’t agree with me on decreasing the military budget. There are things that we can agree on and he is a nice person. I like his jokes. I like to have a drink with him. I think he is an honorable man.” I look back on that and think that’s the way that we need to conduct ourselves. We are not going to agree on everything; my wife doesn’t agree with me on everything, but just because she doesn’t agree with me doesn’t mean that she hates me. It means that she respects my opinion and I respect her opinion. I think that — whether it is in your personal life or your professional life — we have to start moving away from this view that you are bad or evil if you don’t share my views. I’m a liberal Democrat; there are very decent and honest people who are conservative Republicans.

Today Bill Clinton said something very important: ”you can’t run a free society if you have to hate everybody you disagree with.”

KJ: I think we ought to circle a bit to current events. The past few weeks have been — to say the least — a little bit chaotic.

KJ: What do you think about your Republican colleagues barging into the House Intelligence Community’s secret chambers that were being used to hold impeachment hearings?

JM: I think it was a reckless thing to do because by going into a secret room with your phones and cameras you are compromising the very space where top-secret intelligence meetings are held. I obviously disagree and think it was somewhat childish because what they are complaining about is not valid. What I find ironic is the fact that some of the people who are complaining about the process are in these committees and don’t stay for the entire hearing. In fact, some of them may not show up at all — and then they are complaining that they don’t have access. They do, but they just don’t want to show up. I think that it is important that we have a process that has integrity as we look into and I think it is important that it is a process that the American people respect and I trust that when this is all said and done, that will be the case.

KJ: The precedent has been that impeachment is a somewhat transparent process — people know some of what is transpiring, but the actual hearings and inquiries are closed and private. Now, however, Republicans are arguing that the hearings should be open to all House members. Some are arguing that impeachment is being used as a partisan tool. As Florida epresentative Matt Gaetz said, “if behind those doors they intend to overturn the result of an American Presidential election, we want to know what is going on.” What do you say to that argument?

JM: I don’t think that this argument is fact-based. I think he is trying to create a circus. Let’s think about this: there are 435 members of the House. Is he suggesting that at a hearing you should have 435 members of Congress interrogate a witness? That’s just impractical. Some hearings have to occur in reserved and non-public settings so that people can speak freely and also so that witnesses are not coordinating their testimonies.

We’re about to turn the corner where these closed doors sessions are going to be more open-door sessions and more public. That’s where the Democrats will present their case and the Republicans will present Trump’s case, and that will be very much out in the open. The whole debate around impeachment will be a public debate and a public vote.

I think that people like Matt Gaetz and others are frustrated because there is a strong case being built that the President has behaved in a way that means he deserves to be impeached. The Constitution provides a remedy when Presidents abuse their power, and that is impeachment. I think the President has abused his power in a number of ways, but I think this impeachment will focus on the issue of Ukraine primarily — but there are other areas, such as violations of the Emoluments Clause. That’s in the Constitution, and it’s there to prevent corruption in the White House — to prevent people from becoming President and enriching themselves while they’re in office.