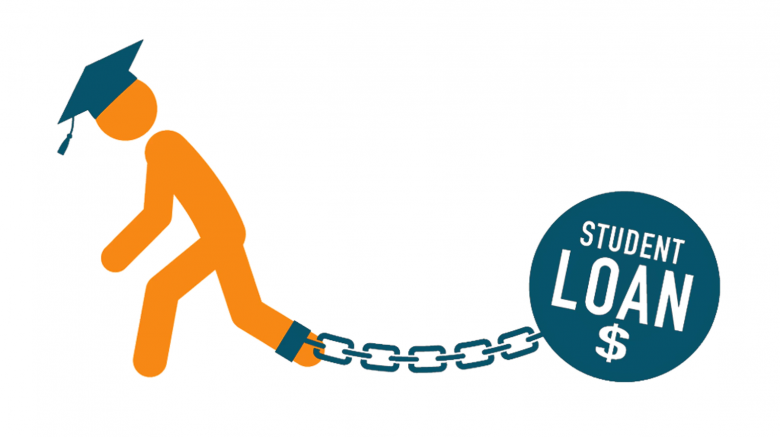 About the author: Jenny Chen is a liberal independent college student who is passionate about education reform and funding for K-12 public schools as well as affordable higher education options. She is a competitive debater, a political science major at Providence College, and an aspiring civil rights attorney. She can be found on Twitter at @jennychen8601.

On June 13th, 2019, Senator Elizabeth Warren (MA) announced on Twitter (@SenWarren) that she has teamed up with Representative James Clyburn (SC) on a bill that enlists Congress to cancel (up to) $50,000 in student loan debt for 42 million Americans. This, according to Warren, will “help close the racial wealth gap” and “provide meaningful access to bankruptcy relief for student borrowers.”

As a student who has been raised by a severely underfunded public school system, is a recent graduate of a public high and is currently a college student bound for law school, this legislative proposal carries a personal weight.

In modern day America, a college education is non-negotiable in many individuals’ lives. A variety of paths are available (four-year college, two-year college, trade school) and these paths travel through all kinds of institutions (public and private, colleges and universities, community colleges, Ivy League schools, religious and secular, urban and rural, historically black colleges, women’s colleges, and so many more). While some make the choice to go directly into the workforce, that decision is not typical for an overwhelming majority of Americans. There are many reasons why, but there is one that is central: degrees get jobs.

Nowadays a high school diploma isn’t enough. One needn’t attend a four-year school, but the now-traditional path is to pursue higher education in some capacity (trade school, two-year college, four-year college, etc.) because that is what our economy demands. The need for workers with degrees is symbolic of a more intellectual society; one that should raise the bar for its education system and by extension, the government that shapes it.

Moreover, higher education goes beyond undergrad years. For those who want to be doctors, lawyers, and other professionals in certain career paths, professional school is not an option. A prosperous nation should be one where its average citizen can pursue their highest professional ambitions, thus entering a workforce that harvests their fullest potential, and allows them to do work that gives back to their country and community.

Furthermore, while one’s education does not determine their success, the school that one goes to does matter. An Ivy League degree is not a guarantee of wealth and power, but “Harvard Med” or “Yale Law” gets one through the door of an interview in ways that a community college can’t. While community colleges are perfectly respectable academic institutions that educate brilliant minds, it is often not the first choice for high schoolers with extraordinary academic capabilities, no financial limitations, and ambitions. Yes, we could just all go to community college and do very well for ourselves with those degrees, but we shouldn’t have to for financial reasons.

To cast a generation to academic impoverishment is an act of cruelty that nearly always results in professional failure. Limiting our set of choices would derive our nation of professionals and intellectuals with specialization in unique fields. To cast a generation of students to community colleges for the pure sake of financial reasons, without consideration for their individual wants and needs, is to limit their opportunities in a nation that self-proclaims to be the Land of Opportunity.

The older generations, in their reminiscing of a bygone era, often tell stories of affordable college costs. The younger generation listens with envy, and perhaps even fumes a little at the reality we were born into. That retired system of affordable higher education yielded so many successful adults, workers in every trade, professionals in every line of work, because that’s what education does, and that’s what education should do without disastrous financial burden. Students of today want that freedom for our generation and the next.

In order for that freedom to exist and continue to exist, those in power must tackle higher education reform from both ends:
1. Funding public higher education and making currently unaffordable public state schools affordable for most Americans because higher education is not financially attainable for the average American and this is where the student debt cycle begins.
2. Minimizing the student debt crisis, and thus relieving the multiple generations that it affects in a financial crisis that is hurting real families and individuals en mass.

Multifaceted issues require nuanced attention. Anything less is inadequate and will not fully address the scale of the problem at hand. An incomplete solution is not good enough. America deserves better. America needs better. This is a nation that is changing in a world that is changing. We either change with it, or we get left behind and doom future generations in the process.

Ultimately, beyond the news headlines and the political drama, there are two choices in government: to change or remain the same.

I firmly believe, for the sake of the students of my time and the time after as well as all Americans drowning in student debt, that the system must change. Better alternatives to our current status exist, and we owe it to the children of America to fight for it. Or, better put, to fight for them.

It is doubtful that this piece of legislation will pass in the Senate, even if it does in the House, and some would say that that renders it useless. To be honest, it is important that someone is trying. Senator Warren and Representative Clyburn are making an effort. This crucial issue is part of a national political conversation. Discourse is where sociopolitical change is imagined.

This is about opportunity and personal liberty. Education reform is about what more we could offer our students. We live in a country that aspires to do so much, and so often falls short. This is a chance for citizens to be the voice of action.