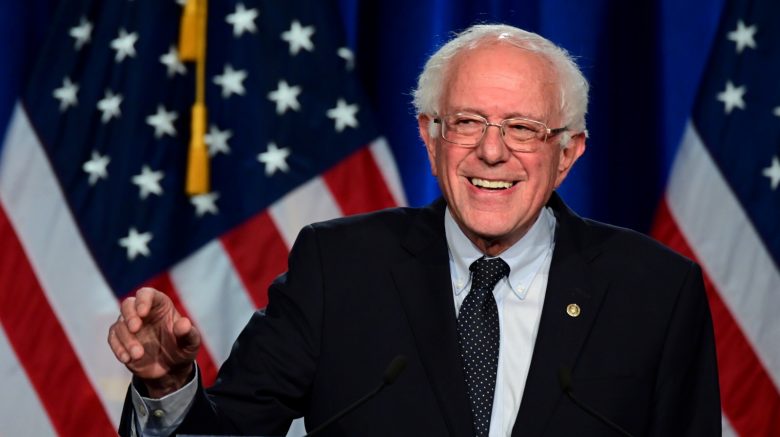 The 2020 election presents us with the opportunity to nominate someone to take down President Trump in the general election and serve to fight for progress. Who better than Senator Bernie Sanders?

Sanders is clearly the top leader in this race when it comes to grassroots support. In Q4 alone, his campaign raised a staggering $34.5 million — nearly $10 million more than the second-place fundraiser in Q4, Pete Buttigieg (who raised $24.7 million). Sanders has now raised $96 million from over five million donors, a truly shocking amount. Incumbent President Trump raised $46 million last quarter. Though this is a huge number, Trump has the support of most of the GOP, whereas Sanders is competing against ten other Democrats. It seems likely that, if Sanders was to get the nomination, he would be able to rival and perhaps even beat Trump’s fundraising numbers. In terms of grassroots support, Sanders is far ahead of his opponents.

Sanders is very progressive when it comes to criminal justice reform. He supports legalizing marijuana and pardoning people in prison for nonviolent marijuana crimes, ending private prisons, and ending mandatory minimums, among other reforms. We can all agree the criminal justice system is in dire need of reform, and Bernie Sanders — if his policies are enacted — could fix the system tremendously.

However, there are some downsides.

Sanders has often called himself a supporter of “democratic socialism,” an ideology that supports certain aspects of the economic system with socialist implementations, but not necessarily completely abolishing capitalism. Democratic socialism is an umbrella term that includes everything from libertarian socialism to social democracy, but always rejects the authoritarian Marxist-Leninist socialism that undermines democracy. Sanders hasn’t advocated for abolishing capitalism, but he has advocated for socialistic policies such as Medicare for All. Though this is a popular policy with the support of 70% of Americans, it and other socialistic policies could potentially alienate centrists and fiscally conservative voters.

Though he has touted himself as a progressive, at his core he’s a populist. He didn’t support NAFTA nor the USMCA, at the expense of both the American economy and the worldwide economy. Economic gain is not zero-sum, and we need to stop treating it as such. He justifies his vetoing of trade deals by saying that he’s trying to keep manufacturing or secondary sector jobs in the U.S. However, these sectors have been continuously declining, something that trade policy will not resolve. Additionally, being one of the strongest isolationists among the field, Sanders draws into question America’s decision to remain on the world stage for the past hundred years — something that, in the midst of political shifts and conflict across the globe— may not be the best time for.

While many see Sanders as being the boldest option in the Democratic field, it’s undeniable that his bid carries a significant amount of uncertainty and risk. Firstly, Sanders will be 79 on January 20, 2021. Should he be inaugurated that day, he will be the oldest to do so by a fairly large margin (the previous record being 70 set by President Trump). While Sanders’ health hasn’t been a primary concern in the past, a heart attack in October 2019 cast an unwelcome light on the situation as a whole. Sanders supporters will be quick to mention that his frontrunner rivals aren’t that far behind him, with Biden and Warren being 77 and 70 respectively, but Sanders’s age will eventually come to haunt him in one way or another. Another point of uncertainty has to do with how Sanders will cooperate with Congress. Sanders boasts a bold agenda, an agenda that many view to be impossible to push through what may still be a Republican Senate. The Republican Senate, led by Mitch McConnell since 2014, infamously hindered the last two years of President Obama’s 2nd term. Many worry that if a fairly moderate Democrat was unable to get major legislation passed, a progressive one would be nearly powerless domestically. Simply, many Democratic voters see a vote for Bernie Sanders as a gamble. While Sanders might have enough galvanization to beat Trump, it’s a significant concern among voters that the 4 years after the 2020 election could be difficult for Democrats, even with Sanders in the Oval Office.

Though he has his shortcomings, Bernie Sanders stands as a populist with previously unseens grassroots support; a man fully capable of winning the presidency and fighting for progress.