Home > Articles > An open letter to Asian-Americans during COVID-19: Opinion 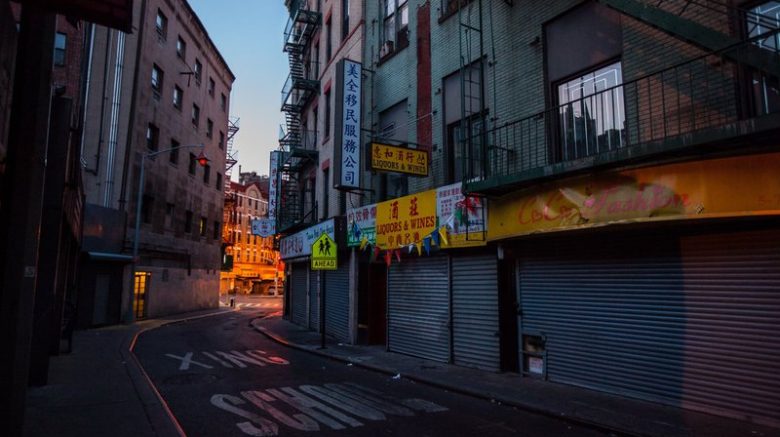 SUNSET PARK, NY — Last Sunday night, surveillance footage captured a 39-year-old Asian woman being blitz-attacked with acid spray by an unknown perpetrator outside her Brooklyn home. She was left with second-degree chemical burns on her neck, back, shoulder, and face, the NYPD reports.

I’ll admit, amongst the chaos and tragedy surrounding global health today, the first thing that comes to mind when hearing “COVID-19” likely isn’t discrimination (that is, for the majority of people in non-marginalized communities).

Even so, understanding how COVID-19 disproportionately affects minority groups is the key to rewiring a trend that goes hand-in-hand with tragedy: hate.

As these numbers skyrocket, Asian-Americans are facing a cruel reality: people who are using the COVID-19 crisis as an agent to discriminate. And this pattern, while heartbreaking, is no stranger to the American public.

Reports of similar attacks aimed at Muslim-Americans increased from 28 to 481 in 2001, leaving people like writer Shawna Ayoub Ainslie in constant fear of harassment, violence, and the blazing red target on her back in the years following 9/11. Even today, in a melting pot that prides itself on tolerance, hate crimes are simply asserting what is already known: in times of crisis, blame is society’s coping mechanism for fear. Life becomes a chilling me versus you. Me and you together is an afterthought.

This begs the question: why does the U.S. remain complacent with intolerance? Aren’t we…beyond that?

Ironically enough, recent studies by the NYU Grossman School of Medicine and Icahn School of Medicine at Mount Sinai have shown that the outbreak of COVID-19 cases in New York and other major epicenters were brought from Europe and from within the U.S. In spite of this, the current attitude circulating within the Trump Administration has sparked a nationwide witch hunt, leaving people to assign misinformed blame at Asian-Americans rather than confront the crisis itself.

Psychology professor Charissa Cheah seems to think that this hateful rhetoric is a major contributor to the spike of COVID-19 related crimes, saying “[Trump is] fueling these anti-Chinese sentiments among Americans…throwing his [own] American citizens or residents of Chinese and Asian descent ‘under the bus.’”

According to Cheah and the vast majority of experts, the stubborn attempt to justify this language has fueled a dangerous mentality: if the President can get away with it, why can’t I? Indeed, hundreds of iterations of “Go back to your country” and “You people brought the virus” among similar verbal assaults have been registered on the AAPI’s incident report database. Sounds familiar, right?

From 2015 to 2016, anti Muslim-American crimes spiked 67% during election season, actually surpassing the number of Post-9/11 cases despite the nationwide crime rate dropping 2%. President Trump’s own Islamophobia played a likely role, with phrases like “Islam hates us” at his campaign’s forefront and denouncing Muslim-Americans as a population he wishes to “get rid of.” Not only did this divisive rhetoric create an uptick of hate crimes following his inauguration, Muslim-Americans also continue to face online (and face-to-face) harassment by the blind followers of these generalizations today.

Hateful rhetoric by people in power has had an impact on this country’s impartialness toward violence. The current victims, Asian-Americans, are facing the brutality of these leaders who refuse to rethink their biases.

In light of this, #HateIsAVirus has flooded social media platforms, with hundreds of celebrities and activists voicing their support for fellow Asian-Americans, and denouncing the U.S.’s recent spike in xenophobia.

Now, I offer one too: #IStandWithAsianAmericans

From the bottom of my heart: You are not a virus. Hate is the virus.