Home > Opinion > We Need Moral Leadership Now, But Don’t Expect it From Republicans 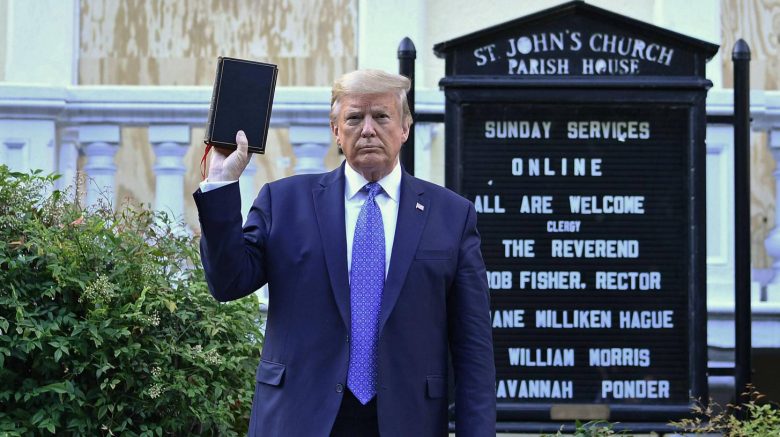 I often try to preach bipartisanship in politics, especially now that Americans are polarized alongside party lines more than ever. When I ran a local chapter of Massachusetts High School Democrats at my high school, I always opened up meetings to conservative Republican students to converse about current events. I want to understand my conservative peers. I’ve never liked to generalize all Republicans as evil or soulless, but the response from Republican leadership to COVID-19 has clearly demonstrated just how out of touch their beliefs are with mine and millions of other Americans.

The Republican response to COVID-19, headed by the Trump Administration, just showcases a complete and utter disregard for human life. Republicans are trying to downplay the threat of the coronavirus, making claims that only a small percentage will actually die from the pandemic. For instance, Wisconsin Republican Senator Ron Johnson dismissed the coronavirus, stating that only 3.4% of the American population would die at most. Even worse, some Republican leaders seem to believe that Americans should be willing to sacrifice themselves for the economy. Texas Lt. Governor Dan Patrick outright stated that grandparents would be willing to die to save the economy. I sincerely hope that the absurdity of this doesn’t require further explanation. Time and time again, Republicans are hesitant to take action unless they are personally affected.

Republicans have also continued to ignore the advice of medical professionals. Despite warnings from the scientific community that the virus will continue to spread and predictions of a second wave, Republican leaders have continued to reopen their states’ economies and loosen social distancing guidelines. The Republican Governors of Wyoming, Nebraska, Arkansas, Iowa, and Missouri even seem to take pride in never officially closed down their state’s businesses, despite cases only increasing. In Arkansas, for example, on May 19th, the state allowed bars in restaurants to reopen; that same day, the state reported a 110 increase in cases. Now, I understand that we live in America, ‘land of the free and home of the brave,’ where the government should not be dictating the lives of its citizens, but a stay-at-home order isn’t tyrannical. It’s indisputable that our decisions during this pandemic affect the health of others. We have the power to slow the spread of the virus and while it is difficult to remain isolated, stay-at-home orders are not going to be the end of our rights and liberties.

Am I surprised though that the Republican response to COVID-19 seems to just be to toughen it out and pull up our bootstraps? Well, no. From the very beginning, America has been all about individuality and freedom from threats, both domestic and abroad. Our revolutionary roots prevent us from laying low and trusting authority. This can further be seen by President Trump’s choice to call defeating this virus “our big war.”

Catastrophes like these define a generation; it certainly will define mine. I’ve had milestones in my high school career stripped away and reduced to videos and live-streams. What I wish I would see from the White House is clear moral leadership paving the way for brighter days ahead. Unfortunately, I won’t be receiving any guidance from the White House or Oval office either.

Whenever I turn on the news and listen to one of President Trump’s press conferences, I’m left speechless and question if he takes this threat seriously at all. As usual, he seems to spew out whatever comes to mind, even pondering whether disinfectants should be used on the human body to prevent coronavirus. Trump seems lost within his own administration. When questioned, he deflects responsibility. He even blatantly stated, “I don’t take responsibility at all” for the lack of testing available in the U.S. What’s even worse is when he defers to blaming Obama for his administration’s failures to act. In the midst of this pandemic, Trump has piloted a new conspiracy theory against President Obama, dubbed “Obamagate.” Once again, this appears to be another one of Trump’s tactics to divert attention from himself and back to the former President.

Whether it’s between him and China or him and Obama, Trump has been fixated on furthering the “us versus them” narrative. Throughout this pandemic, President Trump has not been a symbol of comfort, instead, his actions continue to divide us. The American people deserve better, as this time will define our generation and our livelihoods. We demand moral leadership now.