Home > Articles > The Amazon Rainforest is on fire, and this is why you should care 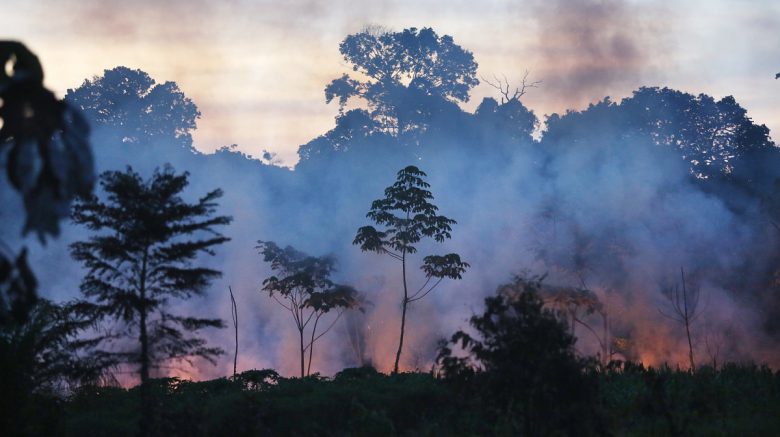 Here we are again. The outcome of poor environmental policy has come to a head. What happens next?

Well, here’s the truth: the Amazon Rainforest is on fire. There’s no denying that the 83% surge in wildfires since 2018 is a result of intensive agricultural practices and deforestation (though, President Jair Bolsonaro certainly wants to try).

Brazil’s freshly elected president has been public about his goals since taking office in 2019, and protecting the environment isn’t exactly priority number one. In fact, he recently fired the head of a government agency who was tracking the Amazon’s situation. So, firing people in the administration when they don’t suit the president’s needs…sound familiar?

Upon hearing “forest fire,” most people immediately think of destruction and approach the term with instinctual animosity. However, naturally occurring wildfires are crucial to the health of many forest ecosystems. One such ecosystem is the Amazon Rainforest (the world’s largest and arguably most crucial rainforest).

Low-level forest fires actually aid the environment by burning decayed matter and thereby fertilizing the soil; this allows for less competition between species and the opportunity for seed germination.

In the Amazon Rainforest, where soil profile is weak and infertile, fires during the biome’s “dry season” (August-November) helps nurture and kickstart new life.

However, there is a fine line between helpful and harmful. Farmers and cattle raisers are now intentionally setting the forest ablaze to clear land for industrial purposes, which is far too much for the natural ecosystem to cope with. These fires are more intense and vastly spread than seasonal wildfires, and they can reach heights above the tree canopy (natural flames stay close to the forest floor).

Nature’s nutrient cycling is a process, and humans are directly disrupting that system by burning Amazonia to the ground. This is not an emergency that can be ignored by those halfway across the world. Without the Amazon Rainforest, the worsening effects of climate change will be shared on a global scale.

This rainforest is what’s referred to as a “carbon sink.” Among environmentalists, carbon sinks are considered the best natural solution at slowing climate change. The actual process is simple. Plants perform photosynthesis; they intake carbon dioxide from the atmosphere and release oxygen as a byproduct of food synthesization. When plants die, their biomass is absorbed into the soils they’re rooted in, thereby releasing stored carbon dioxide into the ground. Through this carbon sequestration, carbon dioxide is stored in soil. However, our current practices have rendered the Amazon Rainforest nearly incapable of being an effective carbon sink. For one, the fires physically take down trees that would have absorbed carbon dioxide from the air. Second, the burning of wood emits this greenhouse gas into the atmosphere, which makes up 5 to 10% of emissions annually. By forcing a natural phenomenon to become unnatural as we currently are, we’re only worsening our ability to fight against climate change in the long term.

This all sounds pretty bad…because it is really bad.

The good news is, this precious rainforest can be salvaged if we act now. Just a few ways to contribute is to donate to Amazon watch, spread awareness in your everyday life, consume less red meat, become a locavore, and reduce individual waste!

This situation is dire and must be addressed by global powers immediately. During the 8-year period of Brazil’s previous left-wing government, the country reduced Amazonia’s deforestation by 80%. Now it seems like we’re taking five steps back in the global fight for environmental conservation. In order to rectify the travesty at play, worldwide hegemons must join forces to overcome our own wrongdoing and get sustainability back on track.