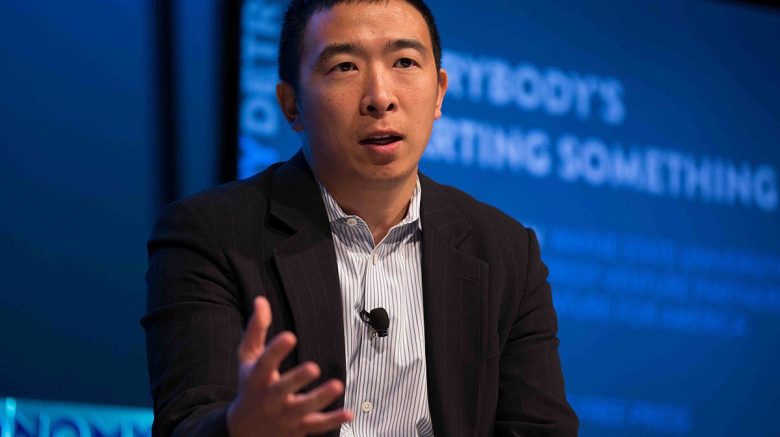 In an age of political chaos and divisiveness, there’s a new man in town — a man who refers to himself as the “opposite of Donald Trump.” Andrew Yang, the young entrepreneur, champion of UBI, and leader of the Yang Gang, has proven himself to be a major player in the DNC primary election.

Yang is a breath of fresh air amongst the crowd of establishment Democrats. While Senators Bernie Sanders and Elizabeth Warren focus on tackling corruption and leveling the playing field, Yang’s entrepreneurial spirit is focused on proposing solutions to problems both large and small. Most are readily familiar with his flagship Freedom Dividend proposal, and a mere glance at his website, Yang2020.com, reveals hundreds of plans (even more than Senator Warren, who proclaimed herself as the woman who “has a plan for that”). From replacing GDP with an American Scorecard to eliminating dark money from politics to major education reform, Yang is set on fixing issues in order to improve the lives of Americans. He was even named a “Champion of Change” by President Obama and appointed his ambassador of entrepreneurship. He is the sole reason that the political arena is even talking about automation and the concerns of looming job loss. Yang speaks to the masses that are tired of typical Washington politics—he’s an American and a patriot who has seen the future ahead of us, and it’s not something he’s willing to accept.

The key policy of Yang’s campaign is a universal basic income for all U.S. Citizens. This provides a social safety net and capital to make upward mobility a possibility. It also would help the economy since the money would trickle up rather than becoming concentrated in speculative investments as seen in a trickle-down economy. Although some may see this as radical, MLK and Thomas Paine advocated for this kind of program. Not to mention, Alaska already has a similar program in place.

Despite polling significantly lower than the front runners, Yang has had a solid cash intake. In Q4, Yang’s campaign raised $16.5M, 65% more than he raised in Q3. He raised $1.3 million on New Year’s Eve alone. Yang has the financial support needed to stay in this race and would fair well if he became the nominee. Grassroots support is always a critical factor in elections, and Yang has emerged as one of the candidates who has it.

However, there are some concerns when it comes to Andrew Yang’s campaign for the presidency. Despite his grassroots support and gain in momentum, he has had significant issues with media coverage. Yang has been blatantly ignored by several media outlets and arguably been mistreated in the debates, where he has been given significantly fewer questions and less speaking time than his competitors. The continuation of this could lead to Yang not receiving enough media attention necessary to convince possible voters that he is the candidate worth their votes.

Additionally, he has no prior political experience. Yang’s sweeping proposals that aim to “rewrite the rules of the 21st century” likely would not pass without the support of a Democratic congress—take one look at the hundreds of bills on Mitch McConnell’s desk right now as evidence. Without political experience, Yang would most likely struggle to navigate the world of politics. What good are brilliant ideas if they will never be implemented?

Ultimately, Yang is a rather intriguing candidate who can speak to the common man and is fighting to change politics in the 21st century. Though he may not be at the top of the crowded field, Yang certainly is an excellent option for voters who want an inspiring candidate with a strong desire to change America for the better.