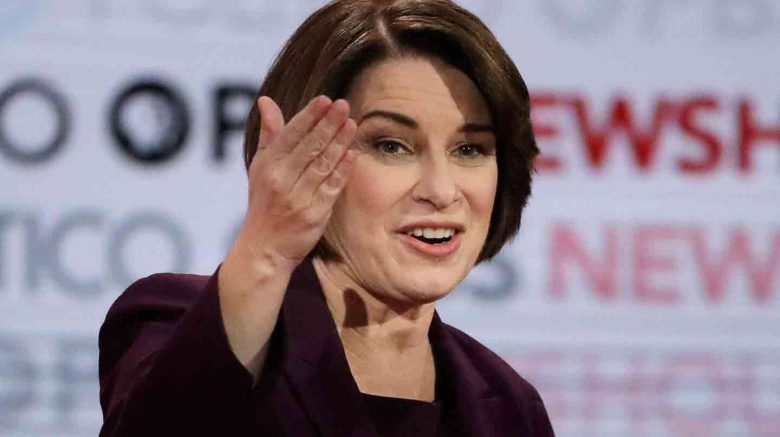 A third-term Senator from Minnesota, Amy Klobuchar has run an intriguing campaign that has only recently gained major traction. Vying for the presidency, Klobuchar stands as a center-left candidate with clear solutions to issues that the American people care about, and someone who could pose a serious threat to President Trump.

Taking pride in being able to “disagree without being disagreeable,” Klobuchar has won praise from members across the aisle and spearheaded a significant number of bills with bipartisan support. In a state where Democrats say their No. 1 objective is to defeat the president, Klobuchar is quick to note that she won 42 Minnesota counties that Trump took in 2016. She aims to compete — and win — in “every race, every place,” a saying that’s emblazoned on campaign signs.

In May, she released a $100 billion plan to combat drug and alcohol addiction and improve mental health care — an issue deeply personal to her.

Several weeks later, she unveiled a list of more than 100 actions she would take in her first 100 days as president if elected. The list addressed issues such as voting rights, prescription drugs, and antitrust enforcement. She has also released a detailed infrastructure plan and a plan to help seniors.

Ms. Klobuchar often focuses her attention on issues that can attract bipartisan support, like many of the ones she addressed in her “first 100 days” plan – first candidate to do so. In general, she has staked out more moderate positions than some of her Democratic competitors on broad issues like climate change and health care.

However, there are some major concerns when it comes to Senator Klobuchar. Most notably perhaps is the fact that she isn’t a very inspiring candidate with major grassroots support. In a crowded field, competing against the likes of Bernie Sanders and Andrew Yang, Klobuchar’s lack of major traction at this stage is a red flag, indicating that she isn’t capable of drawing major enthusiasm and support from her party.

Klobuchar’s policies are also a possible concern. Being fairly left of center, Klobuchar isn’t really bringing anything new to the table when it comes to policies. Having a signature policy has both its pluses and minuses, but having a singular issue that one can campaign on has worked well for many candidates. Trump himself succeeded largely by campaigning on immigration reform.

At the end of the day, the Democratic Party is looking for a candidate that can gather the masses to win the 2020 Presidential Election, and Amy Klobuchar has proven that not only does she get the job done but she is also tough enough to stand up to President Trump, making her the ideal candidate.