Home > Articles > A Look at the Wisconsin Primary 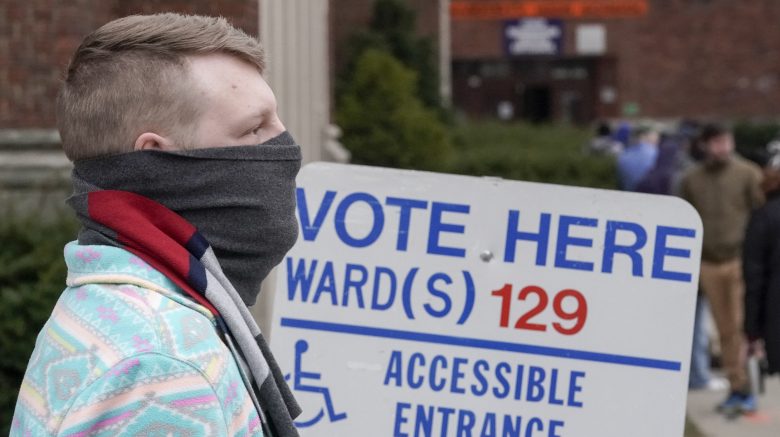 Choosing between the civic duty of voting and one’s health is a decision American citizens should never have to consider. However, Covid-19 has created an unprecedented reality across the globe. Though, for some U.S. states, Covid-19 has already hindered a fundamental aspect of American life: voting. This has hit Wisconsin residents differently than most. On April 7th, 2020, Wisconsin voters were faced with the dilemma of voting in person or remaining at home for their safety.

Many other states have chosen to postpone their primary voting days. And, despite the executive order to postpone Wisconsin’s primary date from their democratic governor Tony Evers, the Wisconsin Supreme Court overturned his order. While there were fears of Covid-19 spread due to in-person voting, the Wisconsin Supreme Court favored in-person voting over safety and opened their polling stations early that morning. Wisconsin Congresswoman Gwen Moore believes that if the President had addressed the pandemic earlier on in its path, Wisconsin would have been able to postpone its election more effectively. To complicate matters even further, many of Wisconsin’s polling stations were cut due to poll workers quitting over health risks. In Milwaukee, only 5 of their 180 polling stations were open. Although fewer poll-workers were being exposed, it created an extremely crowded environment for the voters, who were exposed to more people than expected. Countless voters were funneled to a small number of stations, therefore contaminating each station greatly. While many applied for an absentee ballot, Wisconsin citizens complained about never receiving the ballots they requested.

Wisconsin has now set a precedent for elections in the future, proving that their elected officials found ways to accommodate in-person voting during this pandemic. However, this process did not go so smoothly. Health officials in Milwaukee, Wisconsin’s most minority-filled city, have reported 7 Covid-19 cases tied to their decision to uphold in-person voting. Testing is still being conducted and these figures might rise. Being the only state to report voting-related cases of Covid-19 thus far, Wisconsin is setting the example for other states.

The lack of absentee ballots resulted in citizens not being able to vote. Race is inevitably connected to this issue, as African Americans can experience harsher effects from Covid-19. Being at a disproportionately higher risk for Covid-19 due to systemic racism, the lack of absentee ballots being delivered has eliminated votes from African Americans and other POC’s.

With many primaries being complete, it is now time for elected officials to anticipate an even bigger challenge, November 3rd, 2020. It is not yet known whether states treat this election the same way as Wisconsin or postpone it. For now, there is much debate over whether or not the federal government will postpone the nationwide election, and if it’s legal to do so. That is in the hands of Congress, as they have the power to change election timelines. However, this is not very likely considering how Democrats currently hold the House of Representatives, and their primary goal is voting in a new president as soon as possible. Logistics of how to hold this election, whether by mail only, still opening polling stations, or potentially an online service like done in Ohio, are to be determined.

Not only will Covid-19 affect the voting process for the 2020 election, but it highlights policies for both candidates, such as health care policies, social security, and relief packages. As for now, states are navigating their own primaries with the November 3rd date in mind.